Recreational Sports: Everything You Should Know

Nearly half of all Americans participate in at least one outdoor activity.

The is because recreational sports are some of the simplest, most effective ways to have fun, stay healthy and build connections within a group of people.

While jogging, running and trail running are continually the most popular outdoor activities, there are other popular recreational sports that have made their way to the top 5, which may not be so obvious.

For instance, stand up paddling is becoming an increasingly popular method of recreational sport. In fact, it was increasing in participation on an average of 18% between 2015-2016.

That being said, the most popular sport in your region highly depends on where you’re located.

While paddling sports may be popular in California, chances are you won’t find many paddlers in the landlocked state of Indiana.

However, there are some sports that are popular in most places, such as mountain biking. As long as your region has some biking or hiking trails nearby, you’ll easily be able to enjoy this sport throughout most seasons.

WHAT’S THE DIFFERENCE
BETWEEN SPORTS AND RECREATIONAL ACTIVITIES? 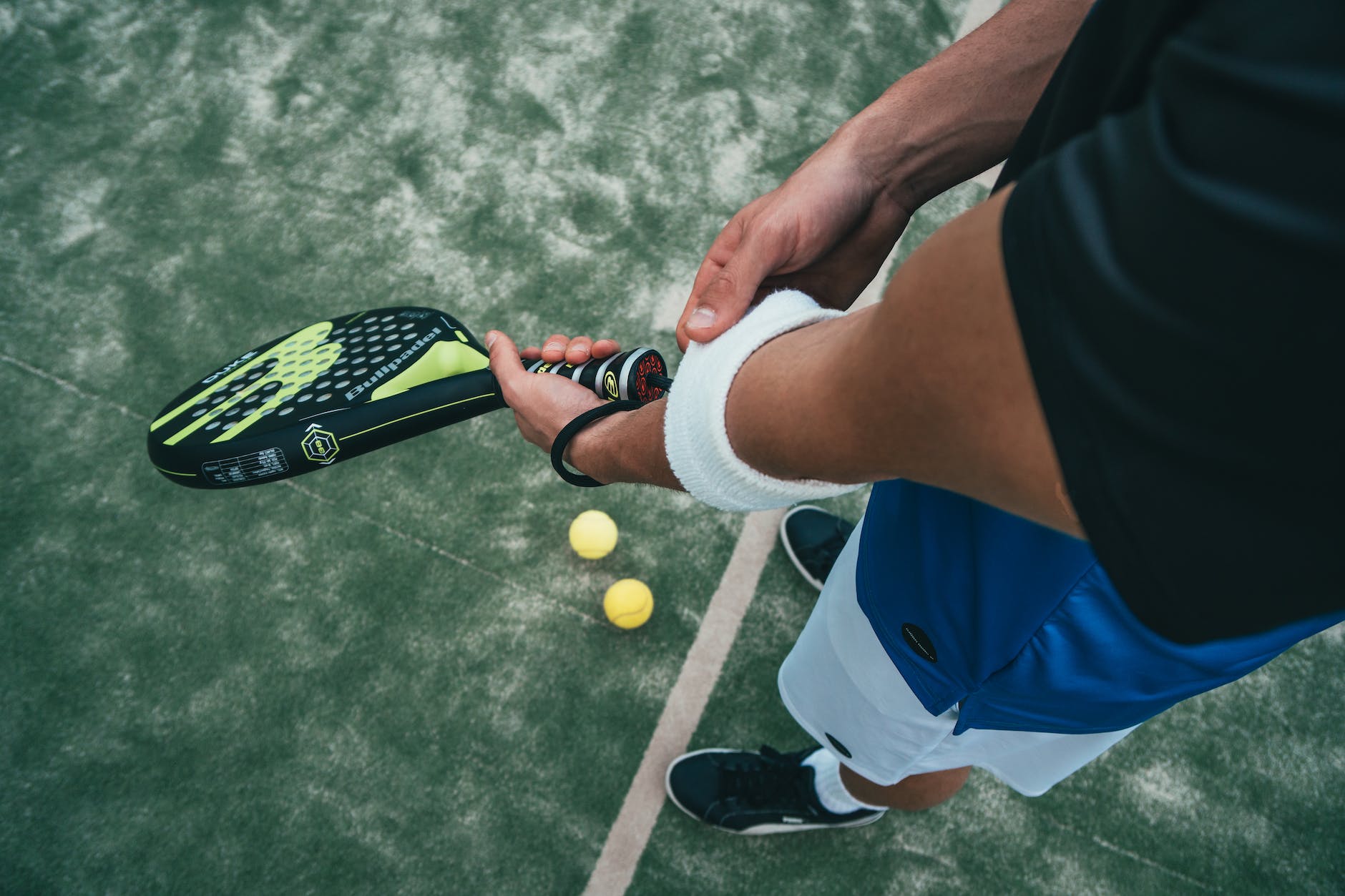 There’s not much difference between the two, but usually, a sport is a physical activity which is done in order to maintain physical fitness. It tends to be more competitive and is part of an organized participation.

Recreational activities are carried out to have fun and enjoy a bit of leisure time. Their main purpose is to provide pleasure and amusement, which is why these types of activities are vital for our health.

Outdoor recreational sport is a combination between the two. They’re usually organized, involve some type of skill, but are mainly purposed to provide enjoyment in an individual’s or team’s everyday life.

In this list, you’ll see all types of sports.

While some may seem obviously popular, others may surprise you. And maybe even intrigue you enough to try it out someday.

As we mentioned earlier, the most popular recreational sport in your area highly depends on where you’re located geographically.

While ice hockey may hold the number 1 spot in Canada, other places like India or Texas may not be that drawn to it. In many cases, it may not even be possible to take on certain sports.

This list is based on the most popular sports across the globe, on average.

While some of these are popular sports due to the fame they’ve gained through the competitive leagues, we’ve chosen the ones that are played the most recreationally as well.

While the list tends to fluctuate from year to year, it holds the same types of sports, just in different rankings.

Which one is your favorite?

This spectacular spectator sport is popular across the globe.

Few things can rival this beloved sport and is matched by the number of individuals who enjoy participating in it as well.

Whether you’re at a grassroots level, competitive league or if you’re just playing with friends for some fun, this sport can be a fulfilling recreational sport you can enjoy for years on end.

The last global stat taken by FIFA showed that there are roughly 265 million people who play soccer, along with 5 million referees, which makes up 4% of the global population. 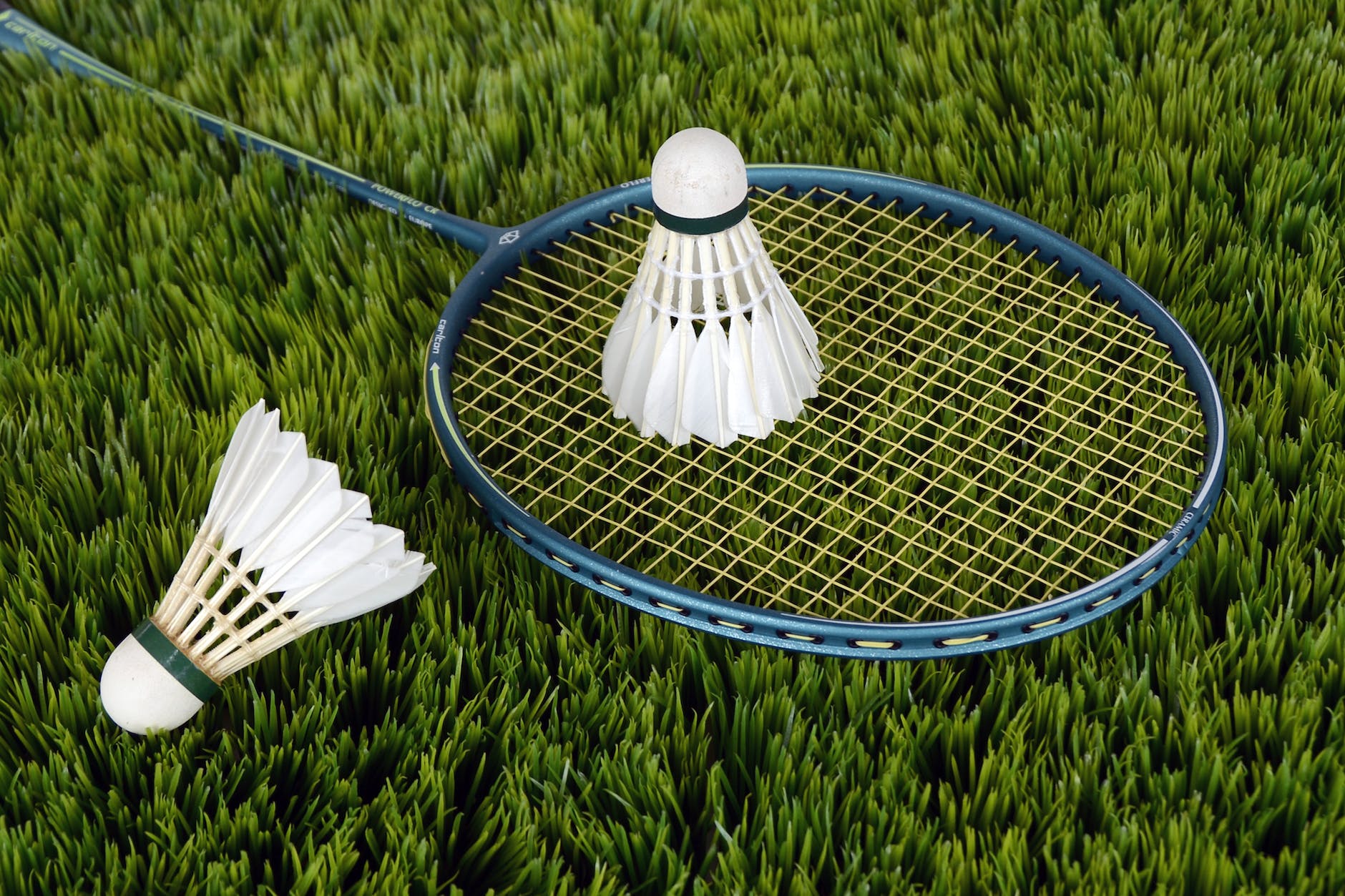 This may be a shocker, but this sub-par thrilling game is actually one of the world’s top 10 most popular recreational sports.

It’s an indoor sport which is estimated to be played by 220 million people around the globe.

It’s particularly a hit in Asia, holding some of the best players the game has ever seen.

Don’t know what the fuss is all about?

Give it a whack and see how you like it! 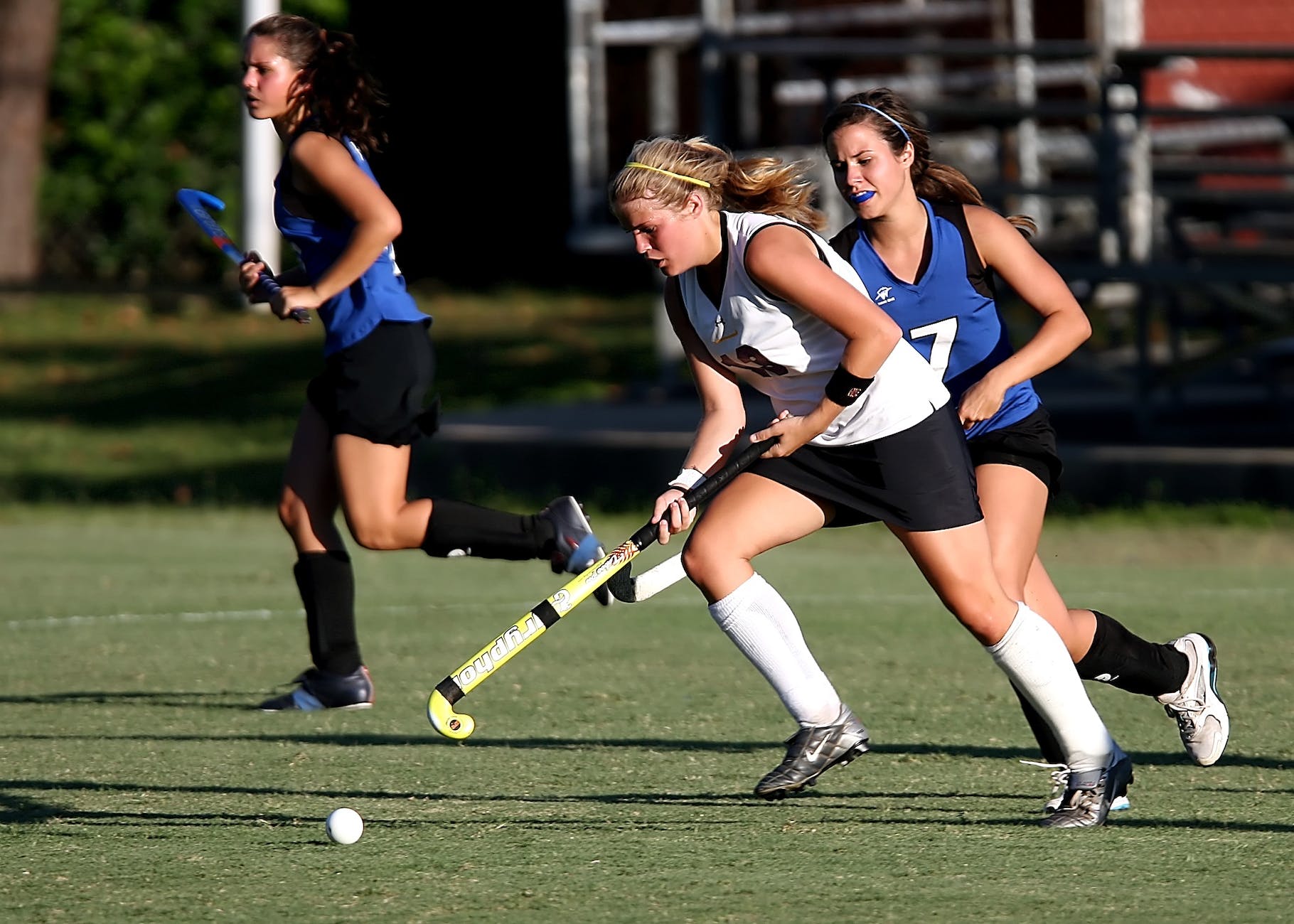 Unlike most badminton games, field hockey is a fast-paced sport played by both men and women across 100 countries and 5 continents all over the world.

While you need ice for Canadian hockey, this version only requires a bit of grass.

This highly technical sport is an Olympic Games favorite and consists of 10 outfield players and a goalkeeper.

While it shares a similar name to ice hockey, the rules are fairly different. 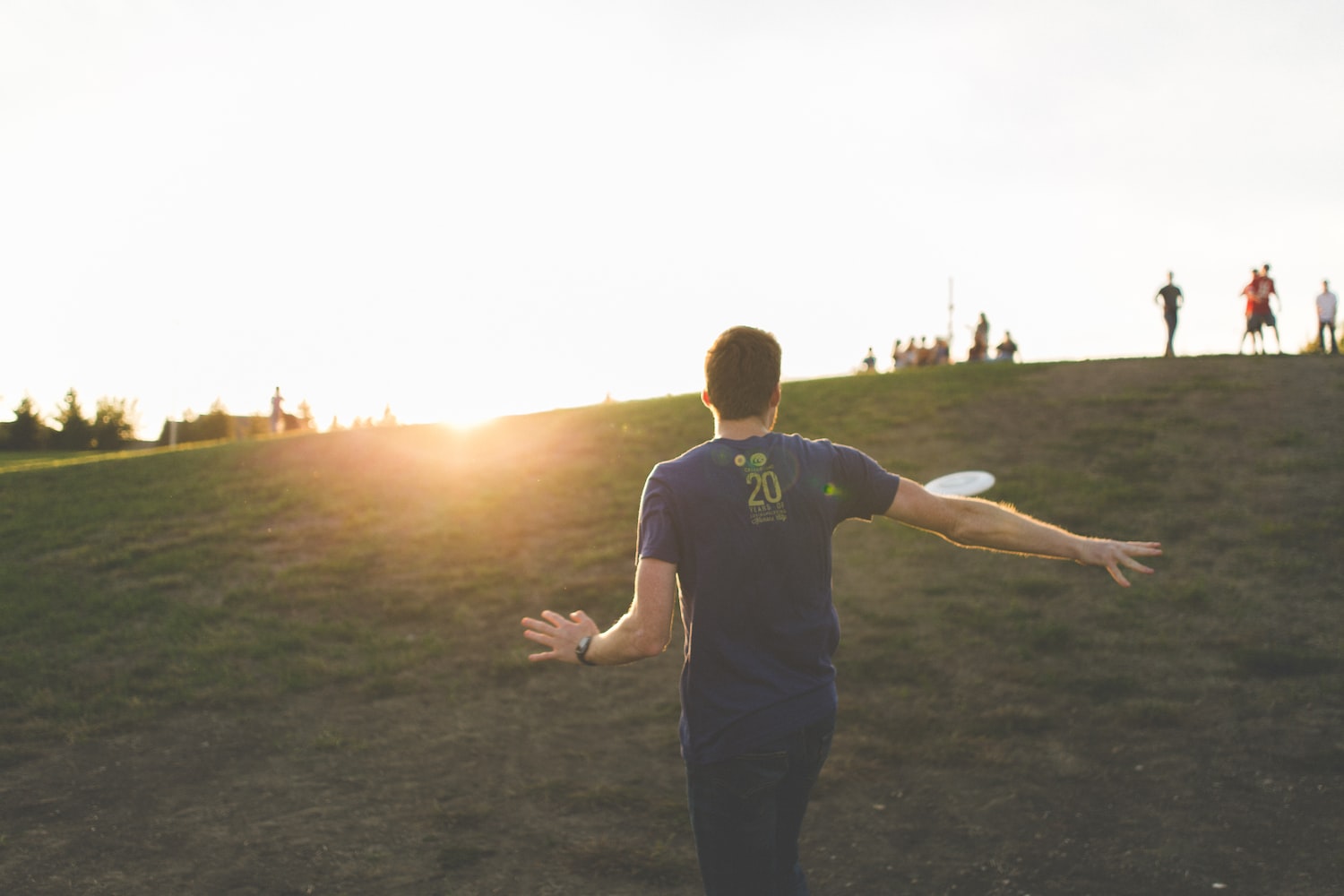 Ultimate Frisbee gained a lot of popularity in the early 2000s and shows no sign of slowing.

The game is usually paired with BBQs, and beach Sundays, however, this relatively new sport (created in 1968), is slowly making its way into sports lover’s database of popular competitive sports.

Today, there are over 12,000 students playing ultimate frisbee in over 700 colleges across North America, and we can see why. 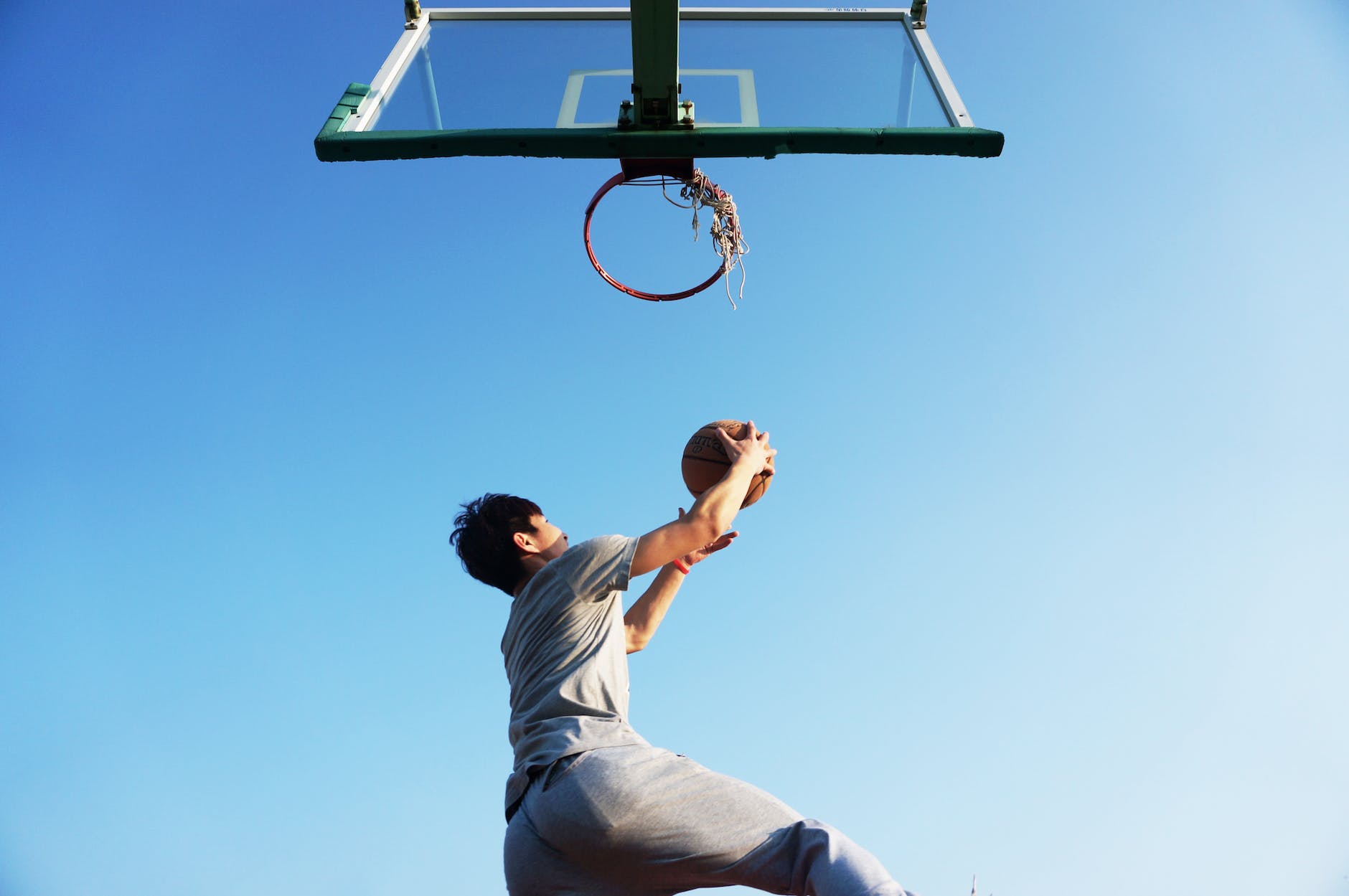 The FIBA or Federation of International Basketball Association has estimated that there are 450 million people who play basketball globally.

All you need is a basketball and a court, which can be found all across America. 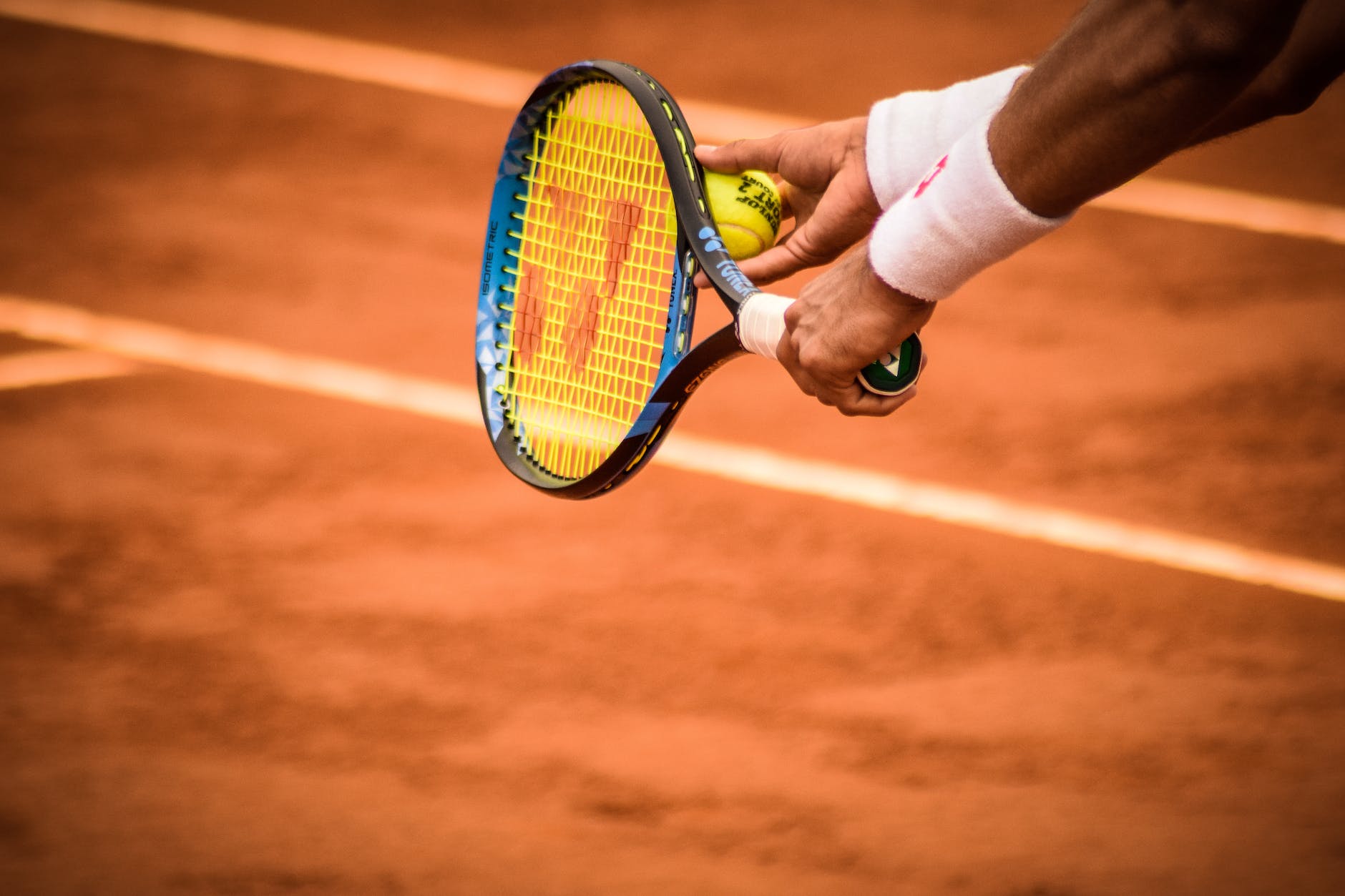 Tennis is supposedly played by 60 million people all over the world, according got a stat by Topend Sports.

While this stat is for individuals, the doubles version is also very popular which is why it also deserves a spot on this list.

These days, parks offer tennis courts for community members who wish to grab their racket, a few balls (or more than a few depending on your skill level) and hit the pavement.

It’s fun, easy to learn and doesn't require much equipment.

Cricket is huge in many countries of the world.

The majority of cricket lovers can be found in India, Australia, Pakistan, the UK, and South Africa.

However, this game is slowly but surely gaining popularity in other areas of the world as well.

The ICC or International Cricket Council found that 125 countries across the globe play cricket, making it a great contender on our list. 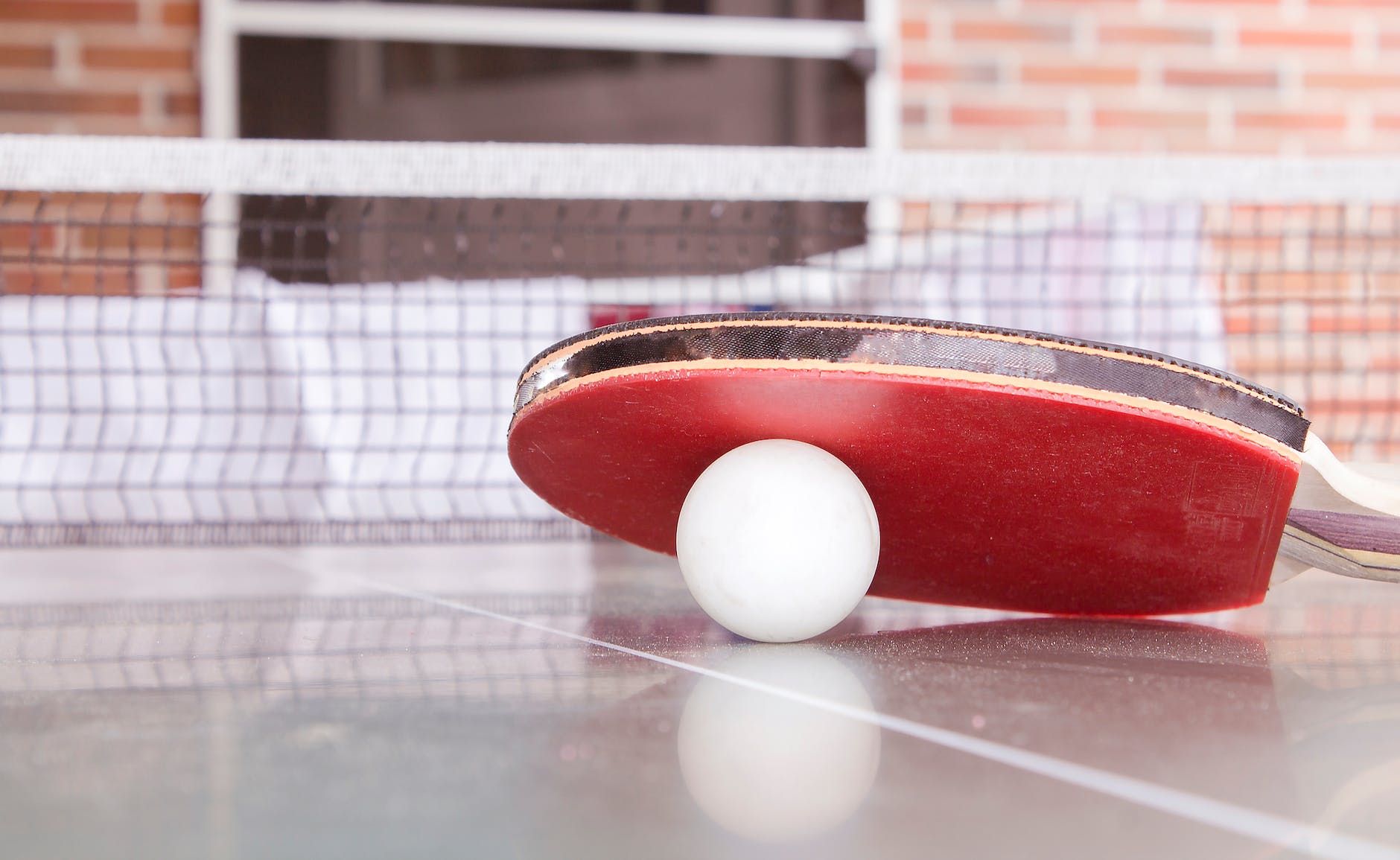 Which is why it’s gained a lot of popularity over the years with its integration into sports clubs, social clubs, schools, and family backyards.

An estimate of 300 million people across the globe participate in table tennis, either competitively or recreationally.

While it’s difficult to work up a sweat with this sport, it can be a lot of fun challenging friends at this game during the next BBQ. 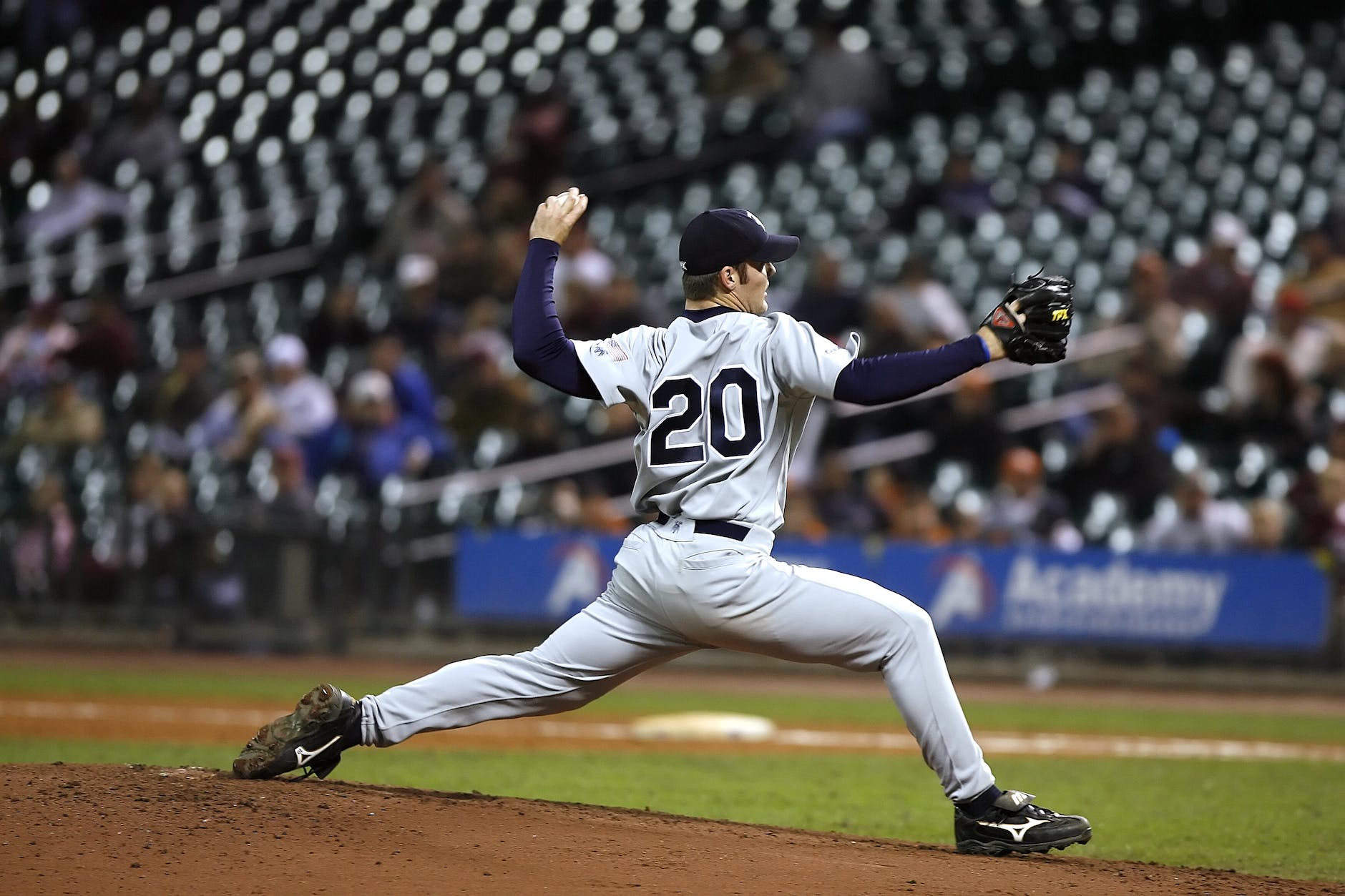 This game was originally the most popular in America, however, it’s quickly gaining popularity worldwide.

Countries like Japan and Korea have taken on the sport enthusiastically, implementing their own quirky traditions with the game as well.

It’s estimated by the WBSC or World Baseball Softball that 65 million people either play or watch baseball in 140 countries. 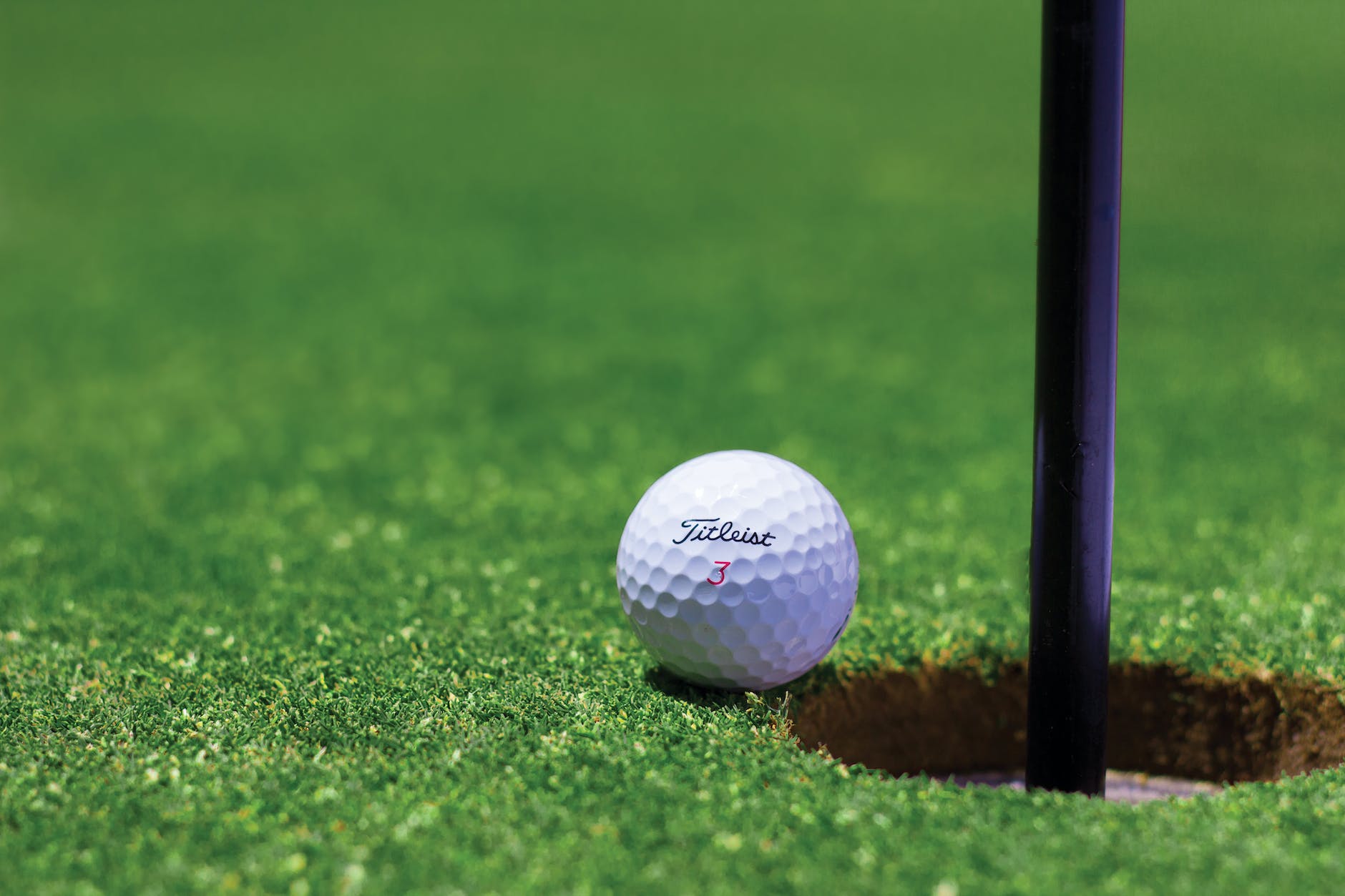 According to Golf Today, there are 60 million people participating in golf on a global scale.

While many of these people may be baby boomers, golf still seems to be one of the most popular pastimes in the world.

Golf also has a range of health benefits, including optimal heart and mind health.

While the list above covers the most popular sports and recreational sports worldwide, there are also a few recreational activities that first-timers are just loving.

While these aren’t your average sport, they’re just as exciting, beneficial and in many cases, addictive.

If you’re looking for a new recreational activity to try out, give one of these a shot. While some of these activities may require some skill, chances are, if you’re having a fun time, learning will come quickly.

This is the #1 recreational activity for new-timers.

This activity is similar to surfing, however, it doesn’t require as much skill or failed attempts, and it allows you to enjoy a tranquil stroll along a beautiful body of water while giving your entire body a workout.

No waves, just a fun, low-intensity workout you can do by yourself or with friends.

This sport is a combination of surfing and sailing.

If you’re looking for a bit of a rush, windsurfing brings that excitement, every time.

This activity does require some perseverance and patience, however, once you’ve nailed it, there’s no looking back. Chances are, you’ll be hooked.

Adventure racing is basically a different experience every time.

With this type of recreational activity, there’s no time limit and the “adventure” can consist of running, swimming, climbing, kayaking, or whatever you and your group come up with.

Some races may last for days, depending on your endurance level, and most importantly, can be an incredible way to stay fit, build lifelong

Which Recreational Sport Is Your Favorite?

Recreational sports are far-reaching and come in a whole bunch of different forms and varieties.

They can be team sports, individual activities, or both. They can be adventurous, more organized for your own unique variation.

The best part about recreational sports is that they’re made to be fun.

So, loosen up, call up some friends and try out one of your favorite recreational sports today. You actually have everything to gain from it.

As a participant in the Amazon Services LLC Associates Program, this site may earn from qualifying purchases. We may also earn commissions on purchases from other retail websites.